When athletes compete at a competition, they compete for and may win a National Championship title; however, athletes never know where they stand against the performances of other teams in their divisions that competed at different competitions across the nation. The Open Championship Series introduced National Rankings in the 2019-2020 Season to help athletes better understand where their team ranks against other teams across the country throughout the season.

Open Championship Series National Rankings is a weighted process. Why? At most competitions, the same judging panel judges a division. This offers consistency on the scoresheet. However, because no two judging panels are the same, scores can range up or down by hundredths of a point. Therefore, it wouldn’t be prudent to just compare the scores from Competition A vs Competition B because those scores were not judged by the same judging panel. The Open Championship Series developed weighted rankings to ensure that teams are fairly ranked from competitions with different ranges across the country!

Open Championship Series National Rankings are based on a team’s:

After the events are complete, the event producers transmit scores to the Open Championship Series to begin the National Ranking Process! Learn about each step below!

Teams A, B, C, D, and E received the following scores from their event. Remember that Team D and Team E received their scores at separate events.

After the Open Championship Series receives these scores, they begin the ranking process.

Median Score from Team A, B, and C’s Competition:

Once a team’s median score is determined, teams are awarded bonus points based on their placement at their subject competition. Bonus points are awarded in the following manner:

Step 4: Teams are then Awarded Points Based on the Depth of Division. One Point is Awarded for Each Competitor in a Division. The Deeper the Division, the More Points.

Step 5: Each Team is Then Ranked Based on Total Points for the Entire Season Based on Division Type, Division, & Level Per Event

As teams compete at qualifiers throughout the season, total points awarded from each competition are added together. The more Open Championship Qualifiers you attend, the more you move up in the ranks!

And there you have it!! It’s a complicated process, but weighted National Rankings help create an even playing field when scores can vary in range from different judging panels at different competitions!

If your team didn’t make the Top Ten video, you can still review and download ALL rankings to see your team’s weighted ranking score on our web page at https://openchampionshipseries.com/national-rankings/ 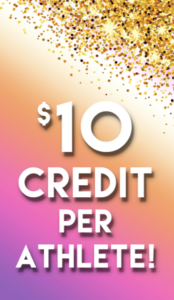